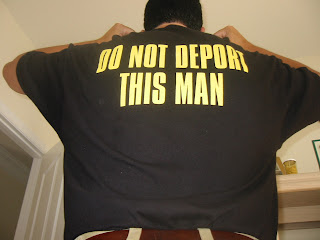 I had a couple inteviews today at CIS. One was an adjustment case that was fairly complicated. My client got voluntary departure and left the US more than 20 year ago and returned illegally after 7 years in his home country. His original application for Permanent Resident was pending from 1996-2006 before it was denied, because he failed to appear for a fingerprint notice. The ISO today (ISO Hon) could not believe it had been pending ten years — I had to explain to him the “pocket veto” technique of years past when an immigration officer who was not sure what to do on a case could just stick the file in his cabinet and wait.
Clearly such delays are no longer allowed, and CIS gives decisions quickly. Today, for example, my client was told he needed a waiver, because of unlawful presence issues. I was pretty sure that unlawful presence did not apply to my client, and the officer invited me to let him know what I discovered when I returned to my office. I e-mailed the officer and the supervisor (Ms. Warner) two hours later, and let them know what I found, and I was contacted within 5 minutes by the supervisor, letting me know that I was right, and that my client would be approved immediately.
Ten minutes after that I got an e-mail from the ISO, telling me that my client could come down today for his LPR stamp, if he wished. My client, who has been waiting 13 years for his residency, and who has an ill mother in Colombia, does wish to get that stamp today!
I am incredibly impressed with the efforts of ISO Hon and Supervisor Warner. They were never concerned with defending the decisions they made, they just wanted to be right. And that is the right way to do it.